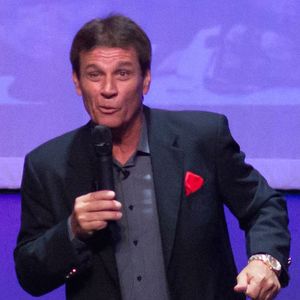 Australia's premier comedy impressionist, the Man of 1000 voices, Danny McMaster is one of the world's great impressionists. See his show, "Danny McMaster & His Cast Of Superstars", combining music, comedy & a multi-media screen experience. Whatever your needs, Danny can tailor his act to fit in with your wants. MC, performer or a combination of both. "His mum wanted him to grow up to be somebody...he grew up to be (almost) everybody!" 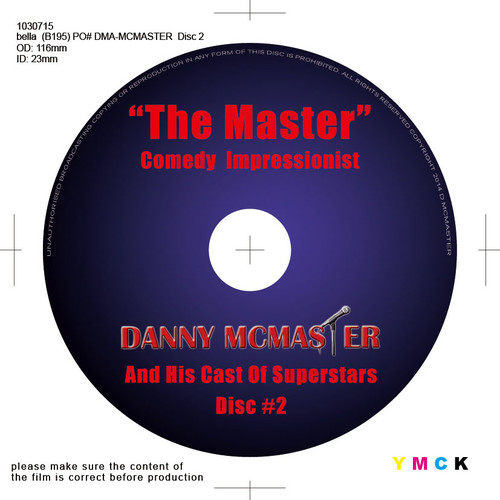 
Danny McMaster And His Cast Of Superstars

Super-Impressionist Danny McMaster is one of the hottest performers in Australia. His star-studded show is considered a “must-see” entertainment experience and one that audiences want to see over and over again.

“The Master” has an ever-expanding repertoire of more than 300 dead-on characterizations from which he selects between 60 and 100 for each show. He gauges the audience and customizes each performance for fitting their collective taste. Consequently, no two shows are alike. At one moment, McMaster may move flawlessly from an on-the-money Morgan Freeman or Michael Caine to Homer Simpson or Sylvester Stallone without missing a beat. He may switch from an hilarious John Cleese or Christopher Walken to Joe Cocker or Kermit The Frog in the blink of an eye. Or, he may have the audiences in stitches with his “12 Days Of Christmas” bit followed by an impressive Tom Jones.

Danny accomplishes these rapid-fire transitions with minimal props and with remarkable accuracy, right down to the celebrity’s gait, their facial expressions and even their most subtle mannerisms. It’s an extraordinary talent that has garnered Danny a great deal of national attention and which has enabled the talented entertainer to perform on television, radio and clubs and theatres all over the country and internationally as well.

You may have heard him over the years on national TV & radio shows Australia-wide including “Australia’s Funniest Home Video Show” on the 9 Network during the 90s.

Each show is a marvelous blend of nonstop humor, great music and a touch of drama.

He interjects topical subjects into his show, too, often including an event that may have occurred that day.

Sometimes members of the audience will shout out requests, which prompt him to come up with a new character on the spot and then he’s off ad-libbing and making people chuckle, guffaw and downright out-loud belly-laugh. You never know who’ll show up on the stage!

Danny is celebrating his 37th year in show business and for all his valuable performing experience he can truly be called a “Master” which is the ultimate accolade one can attain in their chosen profession.

Don’t miss the inimitable Danny McMaster in his hit show.

It will be an evening that you will long remember.

We strongly recommend that all communication with Comedy Impressionist be kept within CrowdPleaser's secure quoting and booking platform. We can only guarantee deposits paid through the CrowdPleaser website. You should also make sure their quote includes their cancellation and payment terms.


These are the categories of entertainment or other services offered by Comedy Impressionist.

Danny has his whole show on his MacAir laptop or depending on your requirements, off the cuff for intimate events. VGA plug-in to a screen with mini-jack sound, a mic on a stand, perhaps a follow-spot where needed...and away we go.