Andy Penkow is an Alt-Country, Rock and Blues Singer-Songwriter Based in Sydney.
His shows are acoustic with a chilled vibe, Include songs from Andy's debut album and EP and some great covers that people will know and can enjoy.
Andy can perform for up to 4 hours. Has a diverse sound and can perform many different genres.
Please see Andy's bands in town for past and up and coming gigs. His EP "Chasing the Sun" was produced by ARIA and Golden Guitar winning producer Shane Nicholson, “Chasing the Sun” peaked at #12 on the Australian country radio airplay charts, #15 on the official Tasmanian top 40 charts. 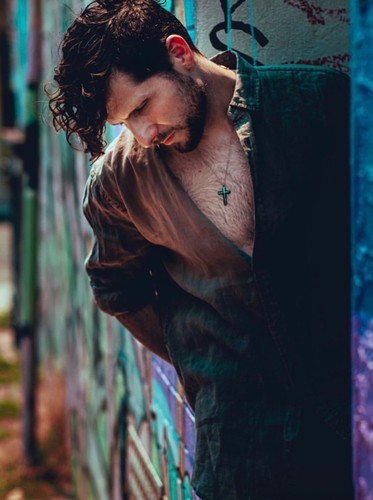 
The name Andy Penkow is a relative new one on the Australian country music scene – but the artist has been consistently kicking major goals for the past couple of years.

Hailing from the NSW South Coast, Andy ended 2020 on a high with 10 weeks of charting in the Country Songs Top 40 and national airplay off the back of his Top 20 hit, “The Biggest Hearts Can Break”. The song continued to chart into 2021 and became Andy’s 6th Top 40 hit on the charts.

His chart action doesn’t stop there either! His Shane Nicholson produced EP, “Chasing The Sun”, peaked at #5 on the iTunes Country Albums Chart and #50 iTunes All Genres Top 200.

Award nominations have been coming in thick and fast too. In 2021 Andy is up for a People’s Choice Award for Most Promising Future Star as well as Male Artist and Video of The Year at the 2021 Independent Country Music Awards. He’s also been named a Top 30 finalist for the Australian Songwriter Association Awards. Last year Andy was a finalist for the prestigious TSA New Songwriter of The Year Award.

Besides touring the length and breadth of Australia, taking his music to the people, some personal highlights have included performances at the Tamworth Country Music Festival, Sydney City Council’s Christmas Show and as headline act for the sold-out ARIA Southern Stars Land of A 1000 Gigs at Orange Bowling Club.

Andy has appeared and had his music heard on Ian McNamara’s iconic Australia All Over national program on ABC Radio, KIX Country Network, CMT, and hundreds of incredible radio stations around Australia.

Andy came from varied beginnings. He was a member of the SBS Choir and was a regular member of the Southern School’s regional performing ensemble. In 2001 he made a splash on the wildly popular television program, Pop Stars, making it to the Top 20. He then went on to study music at the renowned JMC Academy.

We strongly recommend that all communication with Andy Penkow be kept within CrowdPleaser's secure quoting and booking platform. We can only guarantee deposits paid through the CrowdPleaser website. You should also make sure their quote includes their cancellation and payment terms.


These are the categories of entertainment or other services offered by Andy Penkow.